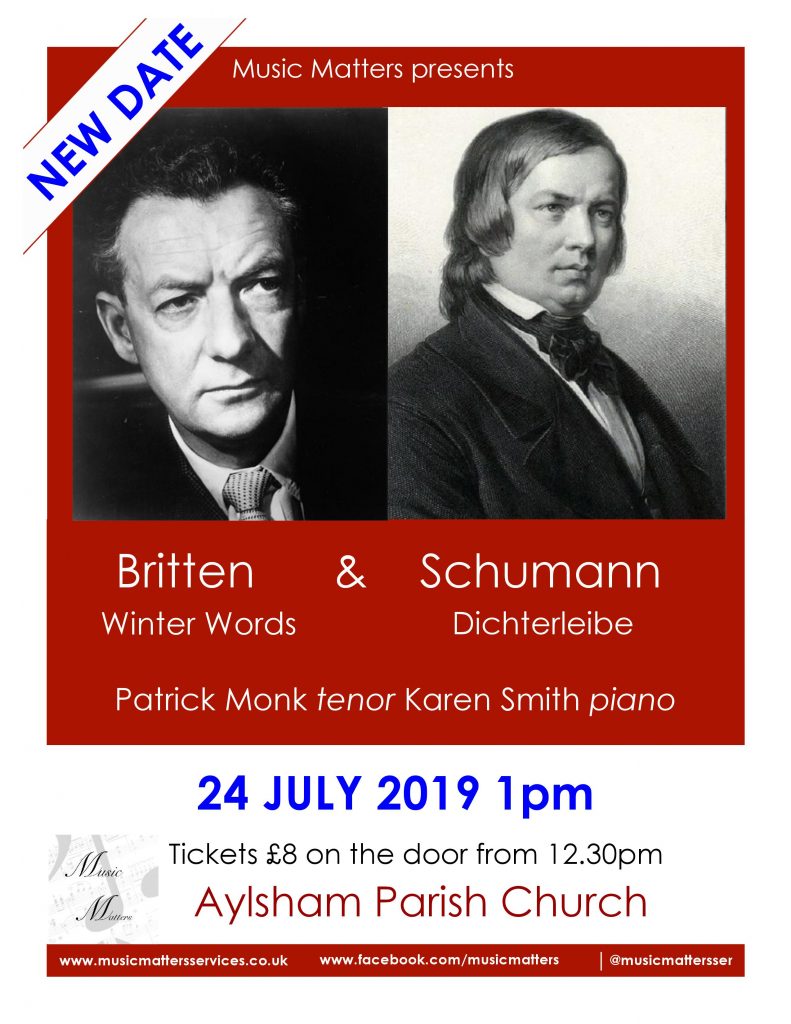 Their programme includes two contrasting works by Schumann and Britten.

Dichterliebe (Poet’s Love)is the best-known song cycle by Schumann. The poems are by Heinrich Heine, the most famous German poet after Goethe, from his Lyric Intermezzo of 1822. They tell of a young man’s failed love affair.

Benjamin Britten’s Winter Wordswas composed over a century later in 1953. Dedicated to John and Myfanwy Piper, designer and librettist of several of his operas, it sets poems by Thomas Hardy.

Patrick studied at the Royal Northern College of Music. He made his first operatic appearance aged seventeen in several roles in Purcell’s King Arthur, and appeared in the joint Welsh National Opera/RNCM production of Dvorak’s The Jacobin. He has teamed up regularly with Karen for recitals, including at the King of Hearts and the Octagon Chapel in Norwich.

Karen moved to Norfolk at the age of nine and set about learning the clarinet and saxophone. By the age of twelve Karen had two grade 8 distinctions, including the highest mark in the country for piano.

Karen won a piano competition in Spain then toured for a couple of years as a concert pianist. She has returned to Norfolk and teaches piano, guitar, clarinet, saxophone and singing. Karen also freelances as an accompanist for concerts, rehearsals and exams. 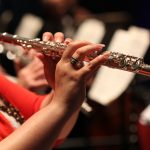